While the majority of companies to apply annually for the R&D Tax Incentive tend to be within a handful of sectors, typically services (50%), manufacturing (32%) and mining (9%), SMEs alone accounted for the lion’s share of a total 13,700-plus registrations in 2013-14. 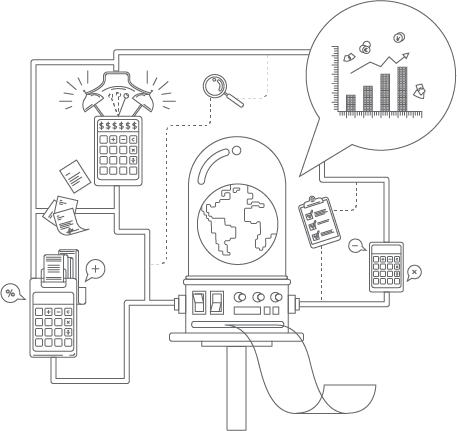 The fact that 83 percent of the registered $18 billion-plus R&D expenditure for 2013-14 was from companies with an aggregated turnover of less than $20 million should encourage non-participating SMEs to review their R&D tax considerations.

Interestingly, around a quarter of applications annually are coming from new registrants - 3,300 in 2013-14 – and around 90 percent of these are also SMEs with turnover of $20 million or less.

Given that SMEs tend to face greater constraints to undertaking more R&D, the predominance of SMEs among those firms applying for R&D tax incentives is extremely encouraging. It also serves as a wake-up call for those SMEs that could potentially be missing out.

Meantime, interest from larger firms appears to be waning, with R&D expenditure registered by companies with turnover exceeding $20 million having recently fallen by around 15 percent.

How the R&D tax incentive works

Unused non-refundable offset amounts may be able to be carried forward to future income years.

These figures represent the difference between the benefit rate of the program and what could have otherwise been claimed as a deduction at the headline company tax rate.

To help companies and tax advisors correctly identify and register activities for the R&D Tax Incentive, four new Specific Issues Guidance documents are now available for those sectors that collectively comprise the vast majority of applications, these include:

Included within this new guidance are anonymised findings - made by Innovation and Science Australia and the Department - on real companies conducting real activities. Included within what’s called its Applying the Law series, Business Australia provides useful examples of how the department [of Industry, Innovation and Science] has and will apply the law in various situations.

While specific guidance material is a useful starting point, insufficient clarity and consistency - highlighted within numerous submissions to a recent government-commissioned Review of the R&D Tax Incentive – means SMEs should seek professional guidance early on either undertaking new projects and/or scaling up their current R&D projects.

Highlighting the need for professional guidance was the R&D crackdown flagged by the Australian Tax Office (ATO) back in February. The ATO noted that routine software development will not be considered eligible for support under the R&D Tax Incentive. While the ATO’s stance hasn’t necessarily changed, the inference behind their recent missive serves to remind SMEs to be intimately aware of what types of R&D is entitled to tax incentives and what isn’t.

Given that this stance could be disastrous for start-ups, lack of clarity and consistency is creating angst for a lot of young Australian tech companies. Assuming this stance signals less support from government, start-ups should also consider seeking professional advice on issues like capitalisation, and what implications this stance could have on day-to-day operations.

HAVE A QUESTION ABOUT R&D TAX INCENTIVES?

At RSM we can help you stay on top of alerts and ensure you are kept up to date.
Find out more about R&D Tax incentives from your local experts