An insider perspective on blockchain by Zilliqa

RSM interviewed Zilliqa's CEO and Head of Business Development who shared their insights on the topic of blockchain. 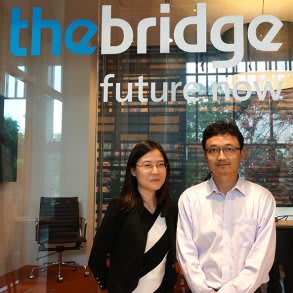 In our previous article, we discussed about the rising trend of blockchain. To recap, blockchain is a distributed ledger technology that underlies cryptocurrencies such as Bitcoin. The most important features of blockchain are decentralisation and openness, which can enhance data incorruptibility, transparency and security. This combination holds great opportunities for creative applications of blockchain beyond Bitcoin by both large companies and start-ups.

Zilliqa is the world’s first high-throughput2 public blockchain platform designed to scale up to thousands of transactions per second. Based in Singapore, Zilliqa recently completed an initial coin offering (ICO) in January 2018 and released their testnet3 at the end of March. With a playful air, Zilliqa named their blockchain code “Durian” and code-named their testnet release “Red Prawn”, a variety of durian.

RSM: Could you briefly introduce yourselves to our readers?

Xinshu: I’m Xinshu, CEO of Zilliqa. I came to Singapore to do my PhD, working on cybersecurity for large-scale systems such as smart grid and Internet of Things. Then I gained a personal interest in blockchain and had the opportunity to join a company co-founded by a professor I used to work with very closely. That was when I started working on blockchain technology, especially sharding4, to commercialise them as private blockchains.

For instance, we built a trading platform on the blockchain for a customer in the financial services industry and an e-commerce application for the shipping industry. At a certain point, we realised the need to scale up the entire platform because of the high throughput we can achieve every second and the way to do so is to make it a public blockchain, where everyone can join, participate and contribute to get the most out of this blockchain technology. That’s how Zilliqa got started and it kicked off officially in June 2017. We are doing exciting work. Although it’s tough and very challenging, it is very rewarding.

RSM: En Hui, how about you?

En Hui: I came from a financial services background previously, started off my career with BlackRock and then moved to JPMorgan about two and a half years ago. I got to know the team during the latter half of 2017 and really liked what they are doing, kept in close contact with them and this year, I took the plunge and joined Zilliqa.

Being decentralised, while at the same time achieving high throughput, was the challenge that we decided to take on and successfully addressed.

RSM: Could you further elaborate on what is the main unique feature of Zilliqa compared with other blockchain platforms?

Xinshu: Zilliqa’s unique feature is its ability to achieve scalability, while maintaining decentralisation and strong security. For example, Ethereum can currently process about 10-15 transactions per second, which was good in the old days. But now, so many users are joining this platform and they expect the network to be capable of processing, say 100 or even 1,000 transactions per second. This was the scalability problem that Zilliqa tried to solve and today, Zilliqa can process about 3,000 transactions per second. At the same time, we still maintain decentralisation and very strong security.

Decentralisation is about a network of computers trying to get to some agreement among themselves. So if there are a thousand computers in the network, it can be very complex and messy to have all of them process every transaction. Some blockchain platforms therefore achieve scalability by reducing the number of computers making decisions. In the extreme case, you have only a few computers making decisions and because the overhead of sending messages across is much smaller, you can have high throughput. But for Zilliqa, we believe that decentralisation is the beauty of having the blockchain technology because it allows the network to be very resilient. Even if some computers have a problem or are being attacked, it’s fine because it’s decentralised. Being decentralised, while at the same time achieving high throughput, was the challenge that we decided to take on and successfully addressed.

RSM: I think Zilliqa’s unique feature of scalability and decentralisation is very strong in terms of value proposition. We also know that you have made Zilliqa open source? Why did you choose to do so?

RSM: Will your firm continue to support open source in the long term?

Xinshu: Zilliqa Research Pte Ltd will still be the entity spearheading the core development of this platform. One benefit of being open source is that everyone can potentially contribute to this platform and the community will adopt good proposals collectively. Of course, there are many hard problems that a single person cannot address. So we will still take on such challenging problems ourselves.

…the fact that you can send something of value to someone anywhere in the world within seconds is revolutionary itself.

RSM: In your opinion, what are the more promising areas where blockchain can be applied?

En Hui: I think the easiest one is going to be payments. Today, if you do an international transfer, it still takes a few days and there are still a lot of fees involved. Even for banks sending transactions to each other, it still takes time. I think that blockchain application here is definitely the most direct and the fact that you can send something of value to someone anywhere in the world within seconds is revolutionary itself. But this is also a tough area because of regulation. The moment something takes on a currency type of role, it’s going to be regulated. As for other areas, if you look at blockchain’s benefits, which are transparency, accountability and decentralisation, it could also be applied to records such as identities and assets.

RSM: You mentioned that regulation might be a challenge. Could you further elaborate and are there any other challenges?

Xinshu: Regulation may not always be a challenge. It can be an aid to the development of the blockchain instead. In general, why the blockchain and cryptocurrency space has developed so fast is because it’s largely unregulated. But that will not be the case forever. In the long run, it’s better for the blockchain ecosystem to have some regulation. The question is how to regulate and what to regulate? The reason why many jurisdictions have not heavily regulated this space yet is because it is difficult to do so. I personally think some regulation may be necessary in the long run, otherwise it will just go wild.

I think going forward, it’s less of a technical challenge. Some technical challenges exist but these problems will be tackled one after another. Meanwhile, it’s more of an operational challenge. How can we get something going first? Once people see that, then they will follow. So the first few deployments of blockchain will be very critical this year or in the years to come.

RSM: You mentioned before that you hope Zilliqa will eventually become like Android or iOS.

Xinshu: Yes, Zilliqa is a public blockchain that will only become interesting if you can build applications on top of it. If you look at Android or iOS, they opened up a new area by being the operating systems of smartphones, enabling new apps to be built. Eventually, smartphones have become so good in many ways that many people, including the older generation, use them. This is the direction and vision I have for Zilliqa. By bringing this platform to market, we hope to see more interesting applications built on Zilliqa to drive better adoption of the whole technology.

En Hui: I think at a high level, blockchain is a public ledger. That said, I think accountants are already being aided by technology in their work and I don’t think blockchain is going to be as disruptive to the accounting industry as it could potentially be to others like payments and venture capital. Also, I feel that there is a very large human element in the accounting industry. For example, to a certain extent, if we look at how audit firms get business, it’s about relationships, it’s about bringing clients on board. I don’t see this as something that will change in the future. There is a large human element at play here, such as whether you can treat certain items in a certain way versus another way.

I think in general, it’s also a conversation on how technology changes a lot of professions today. I feel that at the end of the day, humans are good at things like creativity and relationships. For accountants, it’s not just about hard skills that may be automated in the future, but really more about what is it that a machine cannot do versus a human.

RSM: What is your plan for Zilliqa now that your ICO is completed?

Xinshu: The ICO was mainly about raising the necessary funds to support the development and adoption of the blockchain platform. We just released our testnet and we are going to improve that. We are developing a new smart contract language, which is much more secure and amenable to formal verification. Then, we are going to make it more mature and launch our mainnet by the third quarter of this year. Thereafter, people can really start to use our platform for actual business.

1 In this article, the name Zilliqa is used interchangeably to refer to either the firm or the blockchain platform.
2 Throughput is the rate at which transactions are processed successfully.
3 A testnet is a blockchain network for testing purposes, in contrast to the mainnet, which is the main network where actual transactions take place.
4 Sharding is a concept where large databases are separated into smaller, more easily manageable parts called data shards.